Wishing all my readers a very Happy Pongal a.k.a Sankranti.

This is the harvest festival celebrated all over the India in different names. This is Makar sankranti for North Indians, whereas the same festival is known as Pongal in South India.

Makar sankranti marks as the beginning of the Harvest season. When the sun steps into Capricorn (Makar in Sanskrit), and starts on its Northward journey, a transition, called Uttarayan in Sanskrit, starts. This puts a gradual end to the cold winter days and paves way for pleasant spring. The duration of sunshine increases which is good for crops.

As this is the time of winter in north India so lot of Dishes are made with sesame and jaggery like Til ke chikki, sesame seed ladoo,til ke gajjak, til ke kheer, til paratha and many more. Til is considered as the warm food in winter, which keeps the body warm.

Pongal is the biggest and most popular festival celebrated in Tamilnadu. It is a 4 day long festival, celebrated in great enthusiasm and joy . Pongal falls in the month of Thai when crops like rice, sugarcane, turmeric etc. are harvested..

The first day is known as Bhogi pongal where people offer their thanks to Lord Indra for giving good rain. Second day is known as Thai pongal where rice and milk boiled together in an open , earthen pot which is offered to lord Sun.  The idea behind celebrating this day is the gratification of people towards God Sun, for bringing about the season of harvest, which is a boon for them !!

Third day is known as Mattu Pongal which is celebrated in the name of cows. The cattle are adorned with bells, sheaves of corn and garland and worshipped. The Fourth day is known as kaanum pongal which marks as the last day of Pongal. On this day people go for picnic and enjoy kite flying.

Well,  pal(milk)  pongal is made on the second day of pongal. This is a dish which is made only on the day of pongal and not on other days. The aroma of fresh harvested rice along with milk is considered very pleasing and satisfying .The name may mislead you as it contains milk, but this is not at all a sweet item. This is a super white, rich, creamy and yummy pongal , served with pumpkin kuzhambu.

I am not following any traditional method here. I like to make all my dishes in OPOS way nowadays. OPOS stands for One Pot One Shot. where dishes are made only in one pot, take less time and less effort. Let’s make  both pal pongal  and sakkarai pongal in a shortcut method and in less time.

Cooking is my passion.i love to play with myriad tastes of spices . I belong to a odiya family by birth but marriade to a bengoli person.the crash of cultures between two families induced me to cook innovatively so as to make everyone happy. 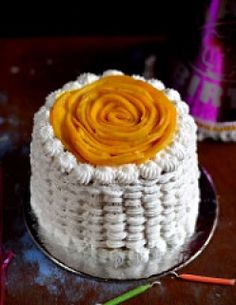 My recipes are on
itsPotluck